We are Steve’s Sanitation, Inc.

We provide our services in Lakes Area, Minnesota between Lake Park, Osage, Bluffton, and Battle Lake. Whether you’re a Lakes Area resident or the person making a trash removal decision for your company, we’ve got you covered.

The original owners, Steve and Kay Melgard, were a couple on a mission to give the people of the Perham and surrounding DL area the best waste management service possible. The business was eventually passed down to Steve and Kay’s sons Kelly and Casey, but they’ve all simultaneously worked for Steve’s Sanitation. 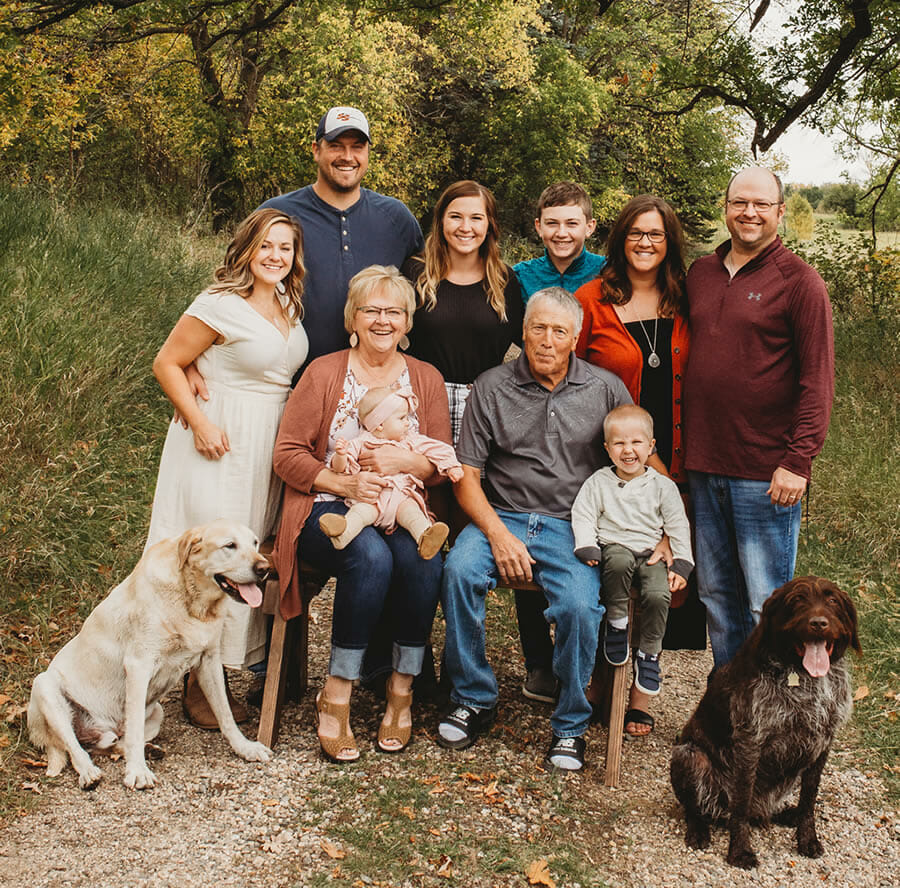 From the very beginning, we showed community support to the towns and people we served. That commitment continues to be just as strong today as it was back then in 1986. How? We spread our business to the business’s that support us. We support local community events. We always try to find the best and most cost effective way to help our customers, even if that means getting them in contact with someone else. We’re here for you—and your garbage.

Our leadership was born into the business; Kelly and Casey Melgard are sons of Steve and Kay Melgard, who passed the business onto them in 2015 after running the company since 1986. They’ve continued their parents’ mission of providing the best residential and commercial sanitation services in the area.

Steve’s Sanitation started operations with two trucks after Steve and Kay Melgard purchased Brasel’s Hauling in 1986; one route truck and a spare truck. The business was run out of the married couple’s house, and the trucks were lovingly parked in their back yard. From day one, they saw their company expanding, so they moved into a new house with a small shed in the back. In 1993, they purchased their first roll-off truck. This expanded the waste services they provided (roll-off services), and it required a new building to be built.

During the mid-90’s, the team began offering recycling services. In 1998, they constructed a new building in Perham’s east industrial park, including a shed, shop, and a small office. Two years later, they could provide more waste management services and expand their service areas. They did, and it increased their demand. Steve and Kay’s oldest son Kelly started working for the company as a driver in 2001. The business continued to grow, in January 2004 when they purchased Meyer’s Garbage Service.

After they built a new office in 2005 to accommodate their last expansion, they continued to provide their services in new areas and buy new trucks. In 2006, Steve and Kay’s other son Casey joined the company as a driver. Remember Kelly, the oldest son? In 2008, his wife Stacie joined the company.

Then, Casey’s wife Sarah joined the company in January 2015. Feeling like the business was in good hands, Steve retired from Steve’s Sanitation on New Year’s Eve, giving Kelly and Casey the managerial reigns, making Kelly the president and Casey the Vice President.

On the first day of 2017, they bought Jon and Sons Disposal Service, allowing them to expand their service area into Becker County. Steve’s Sanitation also brought single-cart recycling into their recycling services.

In 2018, Steve's Sanitation renovated their existing building and added more office space, a meeting and break room, a new shop, and a parking area.